Do you know what I love about English? There are so many fun expressions. Especially American slang and idioms. They really make the difference between someone who learned school English and someone who speaks real everyday English.

Definition and Meaning of “Slang”

What does it mean when we talk about “slang”? Let me give you a definition and show you what the word means.

Slang is a very informal kind of language that is usually only spoken and not written. It is especially used by particular groups of people.

For example, there is:

Slang is often used unconsciously to linguistically separate its group from other groups. Especially teenagers use slang expressions to differentiate from the old-fashioned way their parents speak.

Already interested in what an American slang conversation looks like? Great, let me show you an example:

“Yesterday I was riding shotgun with my best friend to Josh’s party.”

“So sad that I had to take a raincheck because of my driver’s license test today.”

“For sure. The party was really sick.”

“What a bummer… Tell me everything!”

“You know that I have a crush on Josh. So I was really hyped for the party. I always thought he was a bit shy, but it turns out he is a party animal.”

“It’s better than being such a couch potato like your little brother.”

“Absolutely, he sucks at everything except his video games. He sometimes really drives me up the wall!”

“At least he is good at pigging out on chips and snacks.”

You didn’t understand much? Don’t worry, I will explain every one of these slang expressions and many more later on. For most of them, you will get a lot of examples to show you how to use them.

American Slang Words and Phrases and Their Meaning

Now let’s take a closer look at the Top 20 American slang words and phrases – and especially their meanings.

Pigs aren’t clean animals, and when they eat, it’s not pretty. That’s why Americans use the expression “to pig out” when someone eats a lot of food, generally in an unrefined, messy way.

If your friend says “We pigged out at the buffet” they didn’t eat a lot of pork, they just ate a lot of food.

1. While watching a movie, I pigged out on the chips and delicious snacks.
2. My grandmother’s cooking is incredibly delicious. I always pig out on her food.
3. At the all-you-can-eat-buffet, I pigged out until my friend had to carry me out.

2. to screw up something (verb; to mess up everything)

If your colleague tells you “We really screwed up the project,” they’re not talking about a do-it-yourself project.

It means everything went wrong, they made a lot of mistakes, and the project was a disaster. Basically, if someone tells you they’ve screwed up, it’s never a good thing.

1. I screwed up the presentation.
2. With his green suit, my uncle screwed up the whole wedding.
3. Your little sister is really nice, but she always screws up everything.

3. to take a raincheck (phrase; can’t do something right now, but want to do it later)

If a friend wants you to do something with them and you’re not available at that moment, you can say “Can I take a raincheck?” It means “I can’t now, but I’d like to another time.”

If you want even more everyday expressions and lots of real, modern English vocabulary that Americans use every day, be sure to get my selection of 10 of my best lessons to boost your vocabulary in English. Click this link to get access to the lessons immediately.

4. to jack up the prices (phrase; to suddenly increase prices)

In the summer months, hotels and airlines increase their prices because everyone wants to make a booking. During winter vacation, ski resorts jack up their prices.

So, “to jack up prices”  means to suddenly increase prices. This expression has a negative connotation. You’re not happy and you think the price increase is unfair.

5. to drive someone up the wall (phrase; to make someone crazy)

If you’ve ever been in a room with 10 hyperactive children, you might tell your friend “These kids are driving me up the wall.”

It means they’re making you crazy and irritated. Imagine that you feel crazy enough to try to drive your car up the wall of a building. That’s the emotion this expression conveys.

6. to ride shotgun (phrase; to be in the passenger seat)

This expression comes from the old American West, when the person sitting next to the driver of a stagecoach needed a shotgun to defend against attackers.

Today, we say the person in the passenger seat in a car is riding shotgun. So, riding shotgun is less violent than you might imagine. Except if it’s two teenagers fighting over who has the privilege of riding shotgun…

7. a couch potato (noun; someone who always stays inside)

This one is funny if you literally imagine a big fat potato sitting on a couch. It’s not very nice to call someone “a couch potato” because it means they just sit on a couch all day and watch TV, look at their smartphone, or play video games.

It’s certainly not good to have the physique of a potato!

Don’t be a couch potato, but do watch today’s lesson on American slang!

1. My little brother is always at home and watches his series. He is such a couch potato.
2. We are going out for a walk. Come with us, don’t be a couch potato!
3. During the corona quarantine, we were all couch potatoes.

8. a party animal (noun; someone who loves parties or really enjoys them)

10. a bummer (noun; a disappointment)

14. bae (noun; short for “before anyone else,” a beloved person like a partner or best friend, mostly used by women)

16. to have a crush on someone (phrase; to be attracted to someone in a romantic way)

17. to dump someone (verb; to end a romantic relationship with someone)

19. an epic fail (phrase; a huge failure or completely disaster)

20. to be hyped (adjective; to be extremely excited about/looking forward to something)

Although Americans and the British speak the same language, there are American slang words and phrases which are at least confusing for British. Sometimes they don’t understand them at all.

One of my examples is “to ride shotgun.”

If an American would say to his British friend: “I’m driving. You are riding shotgun.” his friend would most likely look at him confused and be completely irritated.

So, if your British friend doesn’t understand you, make sure you haven’t used an American slang word or phrase.

What other fun American expressions do you know?

Have you ever heard your American friends use one of these?

Share your American slang in the comments, and let’s see what the Speak English community knows!

It will help me help others, and that’s always cool.

Thanks and have a good week,
Christina 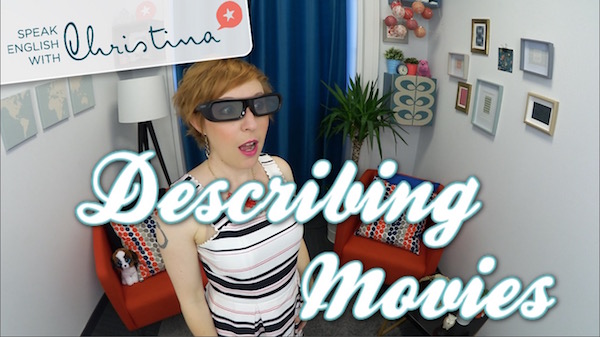