Maybe you can understand my videos, and other videos for learning English, but in fast conversations in the real world, it’s harder for you. So all this month, I’m going to challenge you with special videos featuring real, fast American English.

The audio & video extracts in today’s episode are from my new course Understand Real American English. You’ll see, it helps you decode fast spoken English and feel comfortable in real conversations. Plus registrations for the course open on Wednesday June 20th!  Watch your inbox!

You already know that in spoken English what you hear can be very different from what you read. A good, very small example of this is the letter “t”. Sometimes, it sounds like a “t”, but sometimes it sounds like…

Well listen to this example in the video, and you tell me what sound you hear:
…a small little town for a NATO base in Germany….

Let’s listen again, with the subtitles this time. You see the letter “T”, but what sound do you hear? Listen in the video.

By the way, that was my old friend from college, Colleen, talking about her life as the daughter of a military officer. When she was a kid, she lived in different places in Europe.

And she says “a small little town”, but the “t” in “little” sounds like “liddle”. Same thing with NATO, it sounds like /naydo/, with a “d” sound. And if you’re wondering, NATO stands for the North Atlantic Treaty Organization, so Colleen lived on a NATO base in Germany.

We’ll see a short extract from my conversation with Colleen, then we’ll zoom in on one specific part. For now, just listen to this extract, and don’t worry if you don’t catch everything. There are no subtitles for now, because, well, real life doesn’t have subtitles, and we’re working to train your ear.

Like I said, don’t worry if you didn’t catch everything. We’re going to look at it together, and when you join the Understand Real American English Course, you’ll improve your listening skills to understand more conversations like this.

“I traveled to Italy”

Listen to the phrase twice, without the subtitles in the video and see:
1) if you can understand it, and
2) if you can hear the “d” sound where you would read a “t”

In our conversation, notice how I pronounce “pretty” like it’s spelled with a “d” instead of a “t”, like /pruhddy/.

Listen to it in the video:  They’re pretty good at making the difference

Here’s that extract of our conversation with subtitles in the video.
For the context, we’re talking about the lack of anti-Americanism in Europe. Listen:

For vocabulary, “Pretty good” means “very good”. We often use “pretty” as an adverb, in front of an adjective to mean either “very” or “fairly”, just a little. For example “It’s pretty hard to understand real American English” but you’re improving already!

It’d be easy if you could learn that “t” sounds like /d/, and that it would be true all of the time, but sorry, this is English, and the rules are a bit crazy.

But with the Understand Real American English Course, you’ll get the transcripts to all the videos, and full video lessons where we go through the sounds, so you can train your ear.

Here’s a little rule: The “t” is pronounced /d/ when it’s between two vowel sounds, like with “Italy” and “NATO.” Also, when the “t” comes after an “r” and before a vowel sound, like with “pretty”, and “city”.

Of course, you’ll get the most from this lesson by watching and hearing the conversations!

When you hear Americans talk, have you ever noticed the flap T sound? Could you understand it, or did you misunderstand?  It’s ok to not understand that’s why you’re here, to learn to understand real spoken English.

If you want to be able to understand more videos like this one, join my online course Understand Real American English, which opens on Wednesday June 20th. 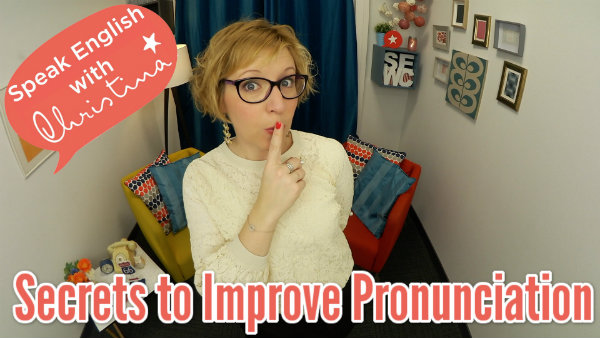